View from the Back

Sweeping at a mountain bike stage race is a tough task that requires a very particular set of skills, like knowing how to close a gate.

In a moment of lunacy, I said to the Berg & Bush organisers, “Sure, I’ll help sweep the 2021 Tour, it should be fun. And a new experience.” Well, it was certainly an experience.

The actual sweeps, Amy (using her sweeping duties as training for a Happy Couples tour) and Andrew (a regular sweep with unlimited patience and politeness), welcomed me into their sweep team of two with a knowing comment. “Are you ready for this,” said Andrew. The sentence is missing a question mark because it was said as a statement, not as a question.

“Of course I’m ready,” I said. “How hard can it be? All we have to do is ride slowly through the beautiful countryside.” Andrew nodded like a parent who’s just been told by a child that there’s no homework today.

Stage 1 of the Berg & Bush Tour commenced and off we went. Well, not entirely. Off we dawdled. Well, not quite. Off we sort of, kind of, staggered down the start chute dirt road of the event. “What have I done,” I immediately thought to myself as we turned onto the very first, very slight climb only to be met by a handful of riders ascending at a pace that could be best described as sedate.

But then the joys of riding at the back clearly came into view. Just 5km into the day’s route, a kindly sponsor was standing outside a guest house pouring cold beer for thirsty riders. This rider was very thirsty and so stopped for a taster. The unofficial “waterpoint” also allowed a small gap to open between the last rider and the sweeps. It meant for the next few singletrack sections we had the trails all to ourselves – pure mountain biking bliss.

Getting into the groove of it by now, we found a comfortable rhythm at the back of the pack, gently coaxing the last rider up the hill, then giving him time to descend before we attacked the trails.

The last man in our bunch had received an entry only days before the Berg & Bush. Not wanting to miss out, he accepted the entry only to question his wisdom on the uphills. “But how could I say no,” he said. “It’s just too much fun being out here – although it’s a lot more fun when you’ve trained.” Still, he remained in good spirits and plugged away on all three days of the Tour.

Cajoling the back markers along is one aspect of the Berg & Bush sweep role (though on certain climbs it’s best to keep the encouraging words to a minimum). Another part of the job is ensuring all riders make it off the course or staying with a rider that can’t continue until they are taken off the route.

But the major role of the sweep team at Berg & Bush is to close gates. And boy oh boy are there a lot of gates on the Berg & Bush route.

On top of that, each farmer has his own special and unique way of erecting and locking a gate. In fact, no two gate-locking mechanisms are the same on the Berg & Bush trail. It’s as if the 70 farmers in the region each patented their own “gate-locker” mechanism, determined to flumox their staff and neighbours; either that, or the Central Berg-based cows have figured out how to use padlocks and keys and that’s why farmers in the area now resort to convoluted twisty tie-ups to keep cattle from escaping.

As local farmers, Andrew and Amy tended to the bulk of the gate closing duties. Eventually, feeling left out, I said I would attempt the next one.

Unfortunately for me, the gate I chose was designed by Houdini’s locksmith, and to close it securely involved wire manipulation, wooden pole levitation, and chainlink contortion. Useful for the job too, were hands toughened by years of hauling hay bales around, or whatever KwaZulu-Natal farmers do to make their hands tougher than granite.

With unwarranted confidence in my ability, Amy and Andrew left me to close the gate while they rode along to the finish with our last man. A lone cow looked on dubiously.

First, I had to determine which side was up and which was down. This took longer than expected due to wooden poles looking absolutely identical whether they are facing up or down.

Then, I needed to latch something on to something else to make sure the gate didn’t collapse to the ground, allowing the farmer’s cattle to roam into the neighbouring farm. This took longer than expected too, as every wire contraption on the wooden gate did the exact opposite of what I wanted it to do, a bit like trying to put your toddler to bed. The lone cow looked on in amusement.

Twenty minutes later and with my heart rate raised for the first time in the ride, I finally connected the correct wires to the correct poles, all by sheer fluke of course (certainly, “closing hinterland cattle gates” is something I’ll never be able to add to my CV).

I rode on and caught my fellow sweeps, having learnt my lesson for the week; sweeping requires patience, buckets of good humour, and about R10 million so I can send an electrician to install motorised gates on all the farms that the Berg & Bush crosses before I sweep again.

Not done reading? Take a look at some of our latest blog articles! 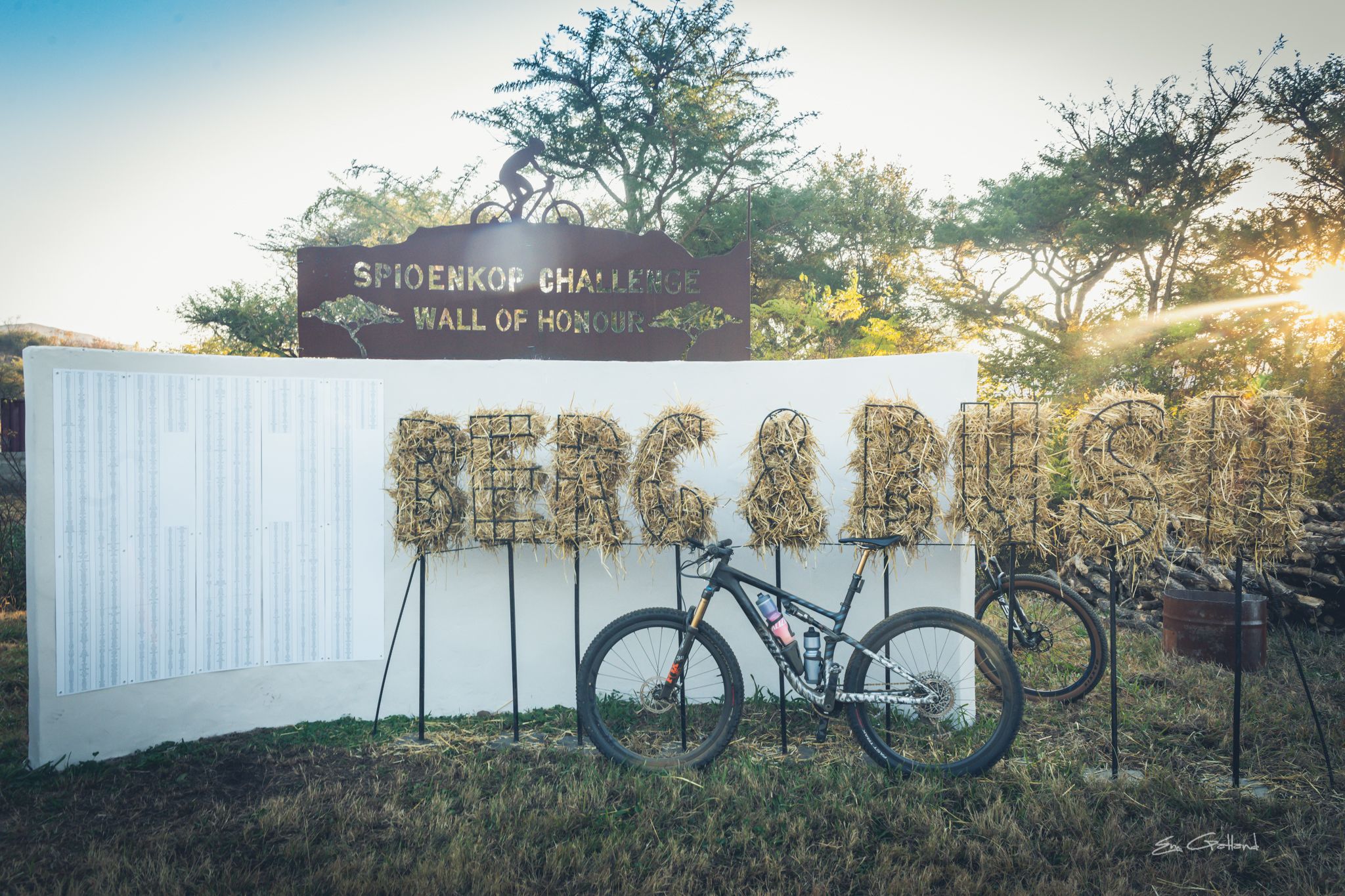 Everything you ever needed to know about the Grindrod Bank Berg & Bush. 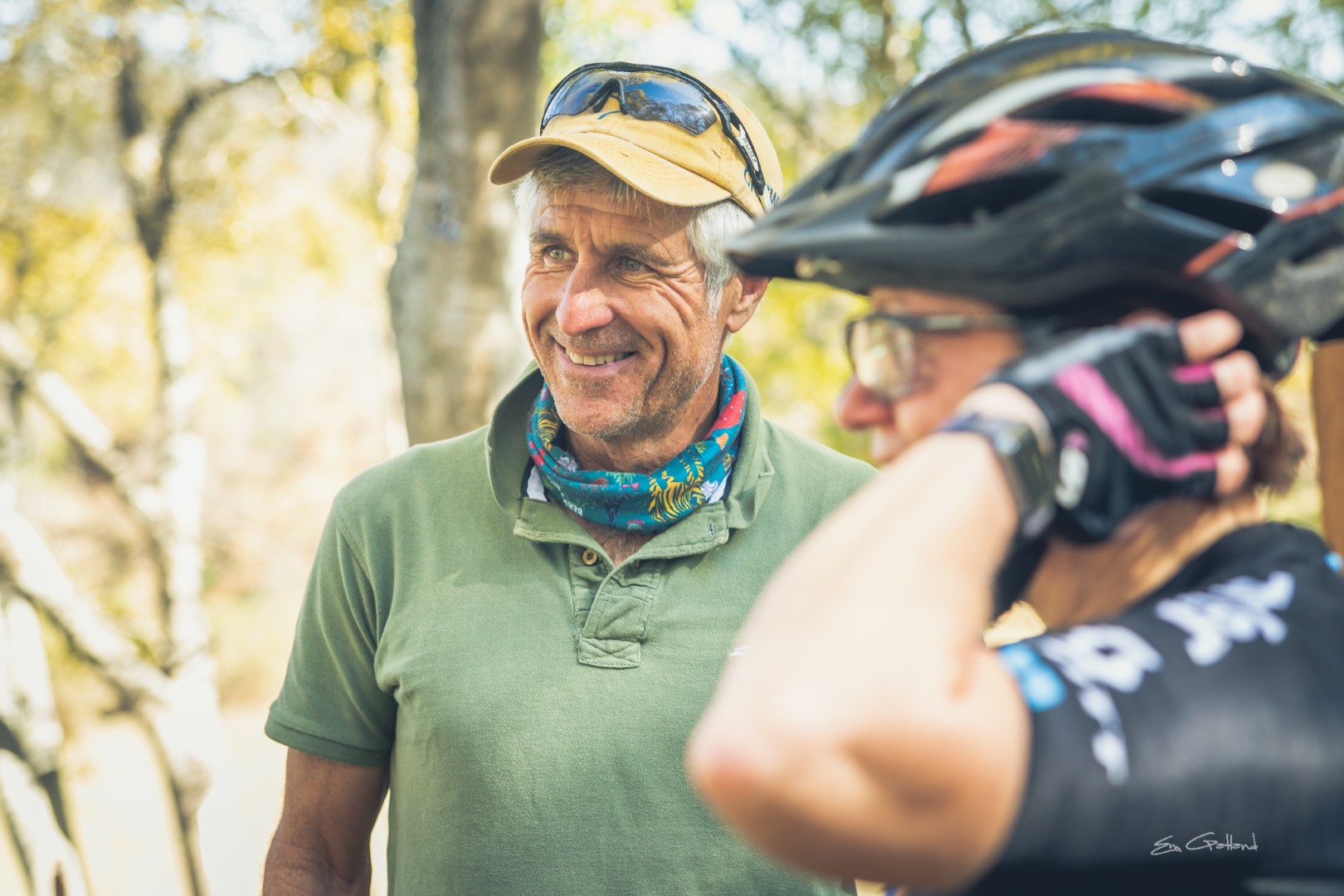 Runner, rider, paddler, cow wrangler… Berg & Bush founder Gary Green does it all. But it's his passion 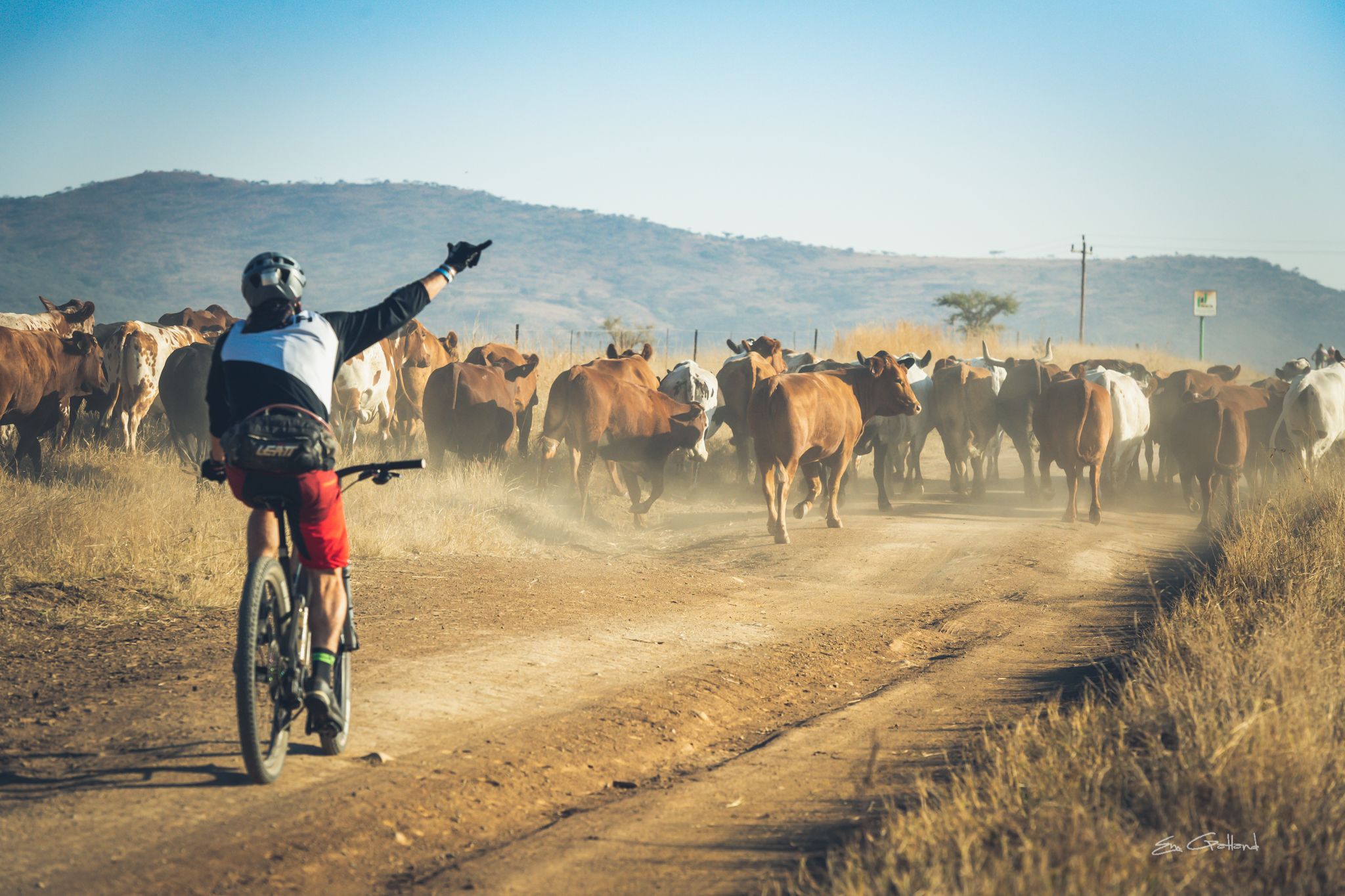 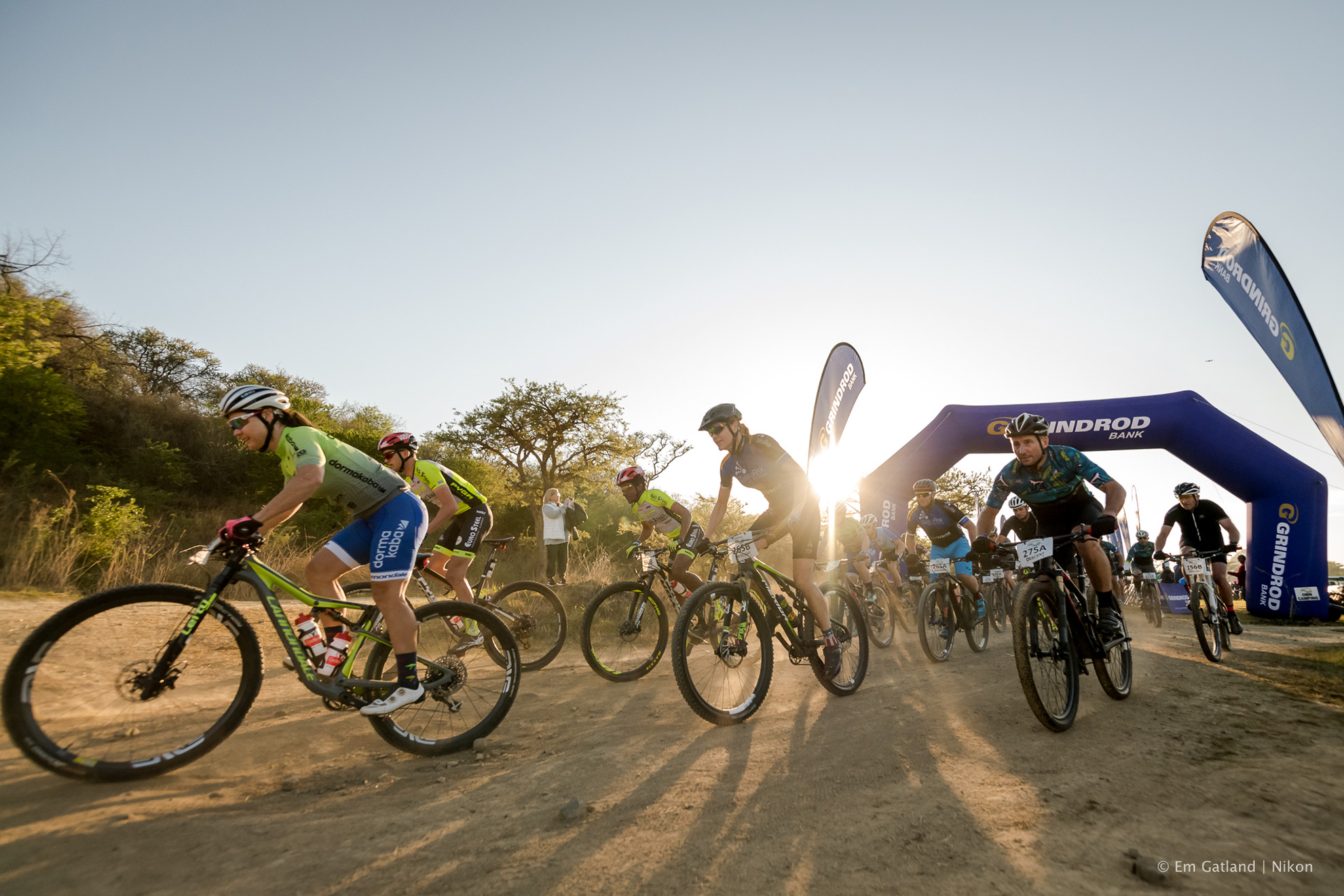 Rules to ride by

There are race rules, trail etiquette tips, and training tips, but sometimes consistently good riding comes down to

Discover the fun and thrill of pure mountain biking

Stay in the know